Tips when going to Tokyo Disney Sea with Kids


Tokyo Disneyland or Tokyo DisneySea? Where would you want to go if you have kids with you? We did a lot of research about this. Some say Tokyo DisneySea is not for kids as most of the rides there are for adults. But DisneySea is something you can find only in Japan. Some say Tokyo Disneyland is just the same as the other Disneylands in the world. Since we have already been to Hongkong Disneyland, we figured it's best to go for the latter instead. We just made sure to plan everything before going there so our kids won't get bored. Here are some tips I can share if you're scheduled to go there with your family:

1. Book your tickets in advance. You don't want to spend a lot of time lining up just to buy your tickets there. The line for the advance ticket purchase is way shorter. We book ours via Klook, it's where you can get tickets for Theme parks and tours in advance and most of the time at a lower price.

2. Bringing outside food inside the Tokyo Disney Sea is allowed. As you know, theme park foods can be very expensive. If you're on a budget like us, buy a lot of Onigiri, sandwiches and even chips at convenient stores nearby. There's an All Day convenient store at the station before riding the Mickey Train so stuff yourself first with food and drinks and buy snacks before you go and enter the park.

3. Plan the rides you want to try in advance. Planning is the key to making the most out of your Tokyo Disney Sea day. Most of the famous rides offer FastPass, which you can get every two hours. As soon as you enter the park, line up for your desired ride. We lined up for the Toy Story Mania! first, because that's what adults and kids could enjoy the most. It's also the most popular ride at Tokyo Disney Sea and yes, it was so much fun! Look, it was the first fastpass and the schedule we got was around 7pm already. But don't worry you won't get bored waiting as there are so much to see and do there. 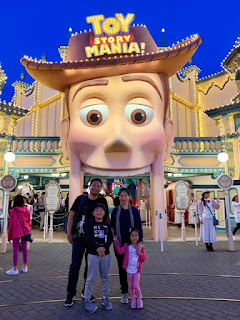 Here are the rides I recommend for kids in Tokyo DisneySea:

DisneySea Electric Railway - One trick to avoid the long walks is to ride this Railway. You can see the view of the beautiful Tokyo DisneySea and take pictures of the Volcano then get off at the other side of the park. Going back, you can ride the train again. 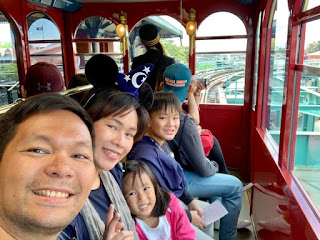 Aquatopia- We tried this as the line was really fast going. I think it's mostly for the kids. They enjoyed going around and around and when our rides go in front of each other, they giggled a lot.

Venetian Gondolas - Riding the Gondolas here in the Philippines is so expensive. That's why we got so excited to see these at Tokyo DisneySea. The gondoliers were so fun too. They sang and really knew how to entertain us even though they speak in Japanese. 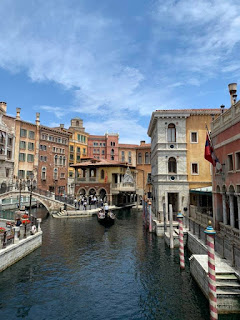 Nemo and Friends sea Rider - Your little ones will surely enjoy this especially if they like Nemo and Sea Animals. Here, you will be inside a theater and you  will feel like you're inside a submarine taking a tour under while your chairs are shaking.

20,000 Leagues Under the Sea - Our kids loved this especially our 9yo boy. Here, you will ride a submarine and see different scary things under the sea. Our little girl got a little scared but she enjoyed it.

The Magic Lamp Theatre - the first thing that my baby asked me as soon as we finished the show, "Mommy, was it real?". Haha, it only means the 3D show was believable. It shows some magic that the kids will really enjoy.

Disney Transit Steamer Line - This is a ride to get you to the other side of the park while enjoying a restful ride and watching the nice view of Tokyo Disney Sea.

Tower of Terror - My 9yo boy requested a scary ride. So we got him a FastPass with me. But when he saw the people screaming, he wanted to back out haha. But I'm glad we still did it as it was scary at first but so fun. Here, you will ride a big elevator. The lights will get turned off and the elevator will fastly take you to the top then open to let you see how high you were. Then drop you to the ground (repeat 3 times). hahaha

Jasmine's Flying Carpets - My kids like rides where they can press buttons to go up and down. Plus this was so cool because they look like Jasmine's magic carpet. This is one of Lana's favorites.

Mermaid Lagoon Theatre (King Triton's Concert) - Oh, if you'll ask what my favorite is, this is! I've been a fan of Ariel since I watched this. This show is one of a kind. You will see the characters doing an aerial show that seems to me we're in the ocean. Ariel was so pretty and saying high to the crowd while tumbling and jogging in the air.

Jumpin' Jellyfish - I find this ride too quick but my kids enjoyed it. It's just a ride for kids that goes up and down.

4. Make sure to stay for the late to watch the Fantasmic! Show and Disney Light the Night. We were only able to watch the first one as it was too windy that day and the Light Show was cancelled. It's ok because the Fantasmic! was already awesome. Watch til the end of my video to see how cool it is!

If you've been to Tokyo DisneySea and you think I missed out some tips, don't forget to share. Bye!
Posted by *KiM* at 11:46 AM